Liz Massey, Director of Communications for the Cabot School District, is an Emmy award winning journalist. She’s been a fixture on Arkansas television for nearly 16 years.

Mrs. Massey comes from an Air Force family. She was born in Maryland but moved to Arkansas in the seventh grade and considers the Natural State home. In fact, her father is from Arkansas and met her mother while stationed in Taiwan.

Mrs. Massey graduated from Jacksonville High School in 1994. She received her degree in Broadcast Journalism from Arkansas State University in Jonesboro in 1998.

Most Arkansans recognize Mrs. Massey from her time at THV 11 News. She spent more than a decade there and anchored the weekday evening newscasts. She also produced some of the station’s most popular series, “Everyone Has a Story,” and “Fishing’ with Liz.”

Throughout her career, Mrs. Massey has been recognized repeatedly with local, state and regional awards. She won an Emmy in 2012 for her story, “Secret Mission.” She helped coordinate a surprise reunion between a soldier mom deployed to Iraq and her three children. She’s also been voted two years in a row “Best TV News Anchor” by Arkansas Democrat-Gazette readers.

Mrs. Massey volunteers with a number of community organizations and charities. One close to her heart involves the Arkansas Rice Depot. In three years, she helped collect a remarkable “three-quarters of a million diapers” and more than a million baby wipes for families in need. She also raised more than $16,000 for the American Diabetes Association.

Mrs. Massey and her husband, Keith, live in Jacksonville with their son, Cruz, and daughter, Carrington. 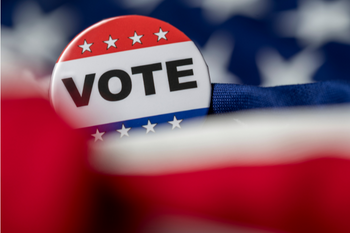