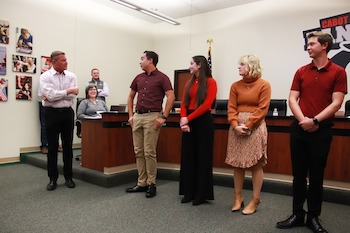 Our Cabot High School Band was honored at the November Cabot School Board meeting. The band was recognized for their outstanding season and for their performance at STATE where they were awarded the 7A State Marching Band Silver Medalist! This is the highest honor the band has achieved at STATE. 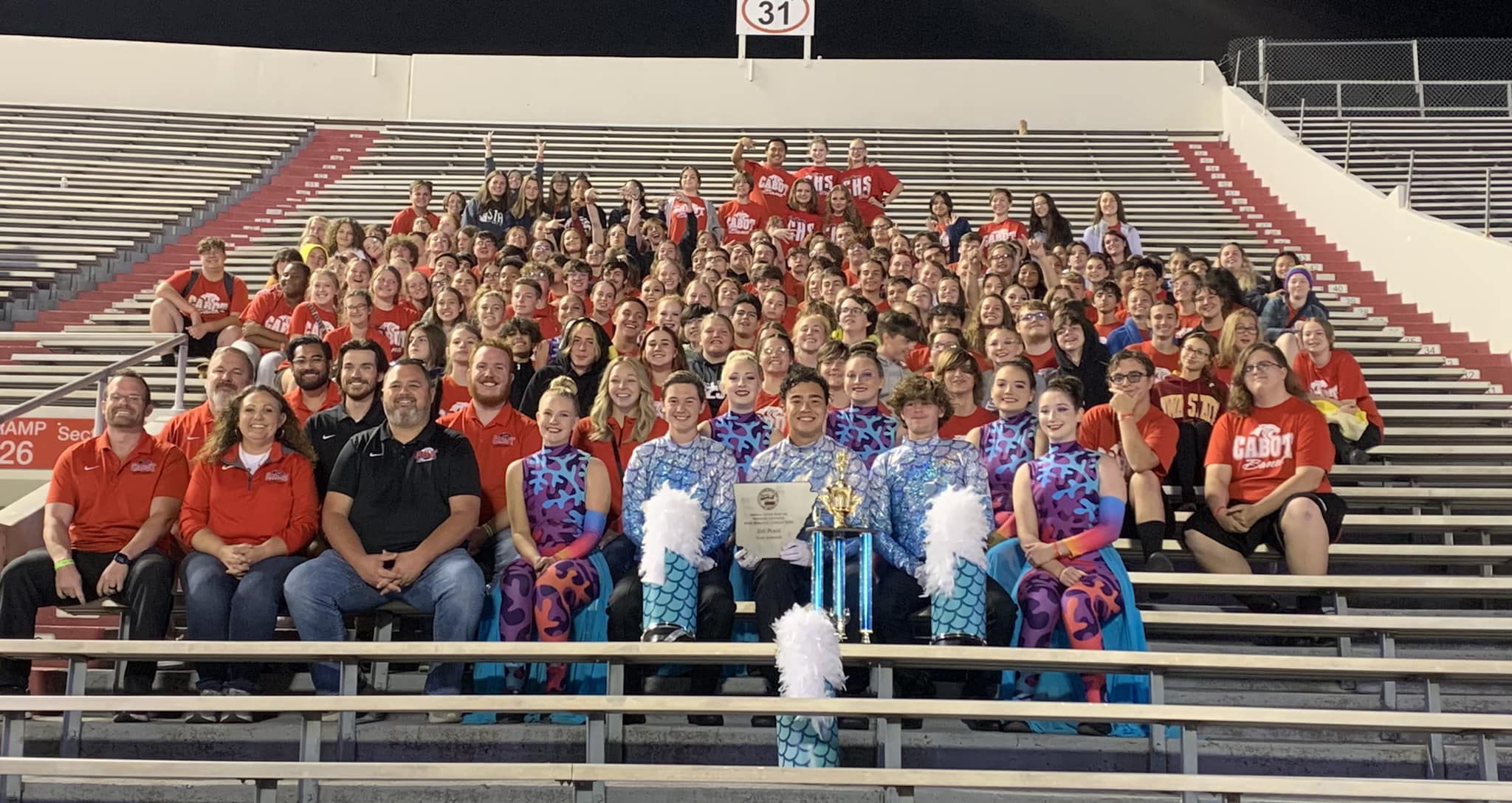 Senior band leadership members accepted the recognition on the band's behalf. We are extremely Panther Proud of the hard work of our band directors and members! 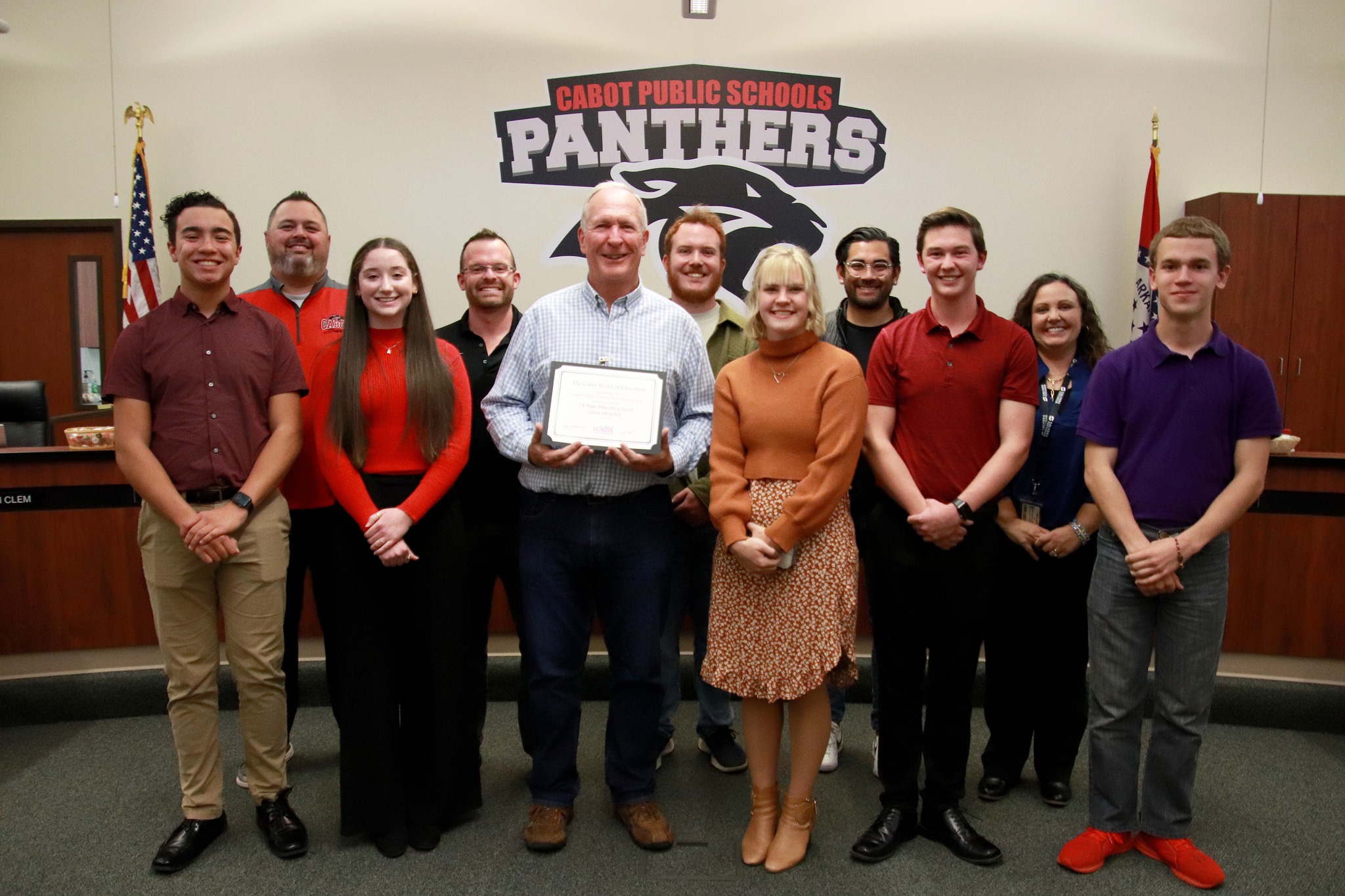 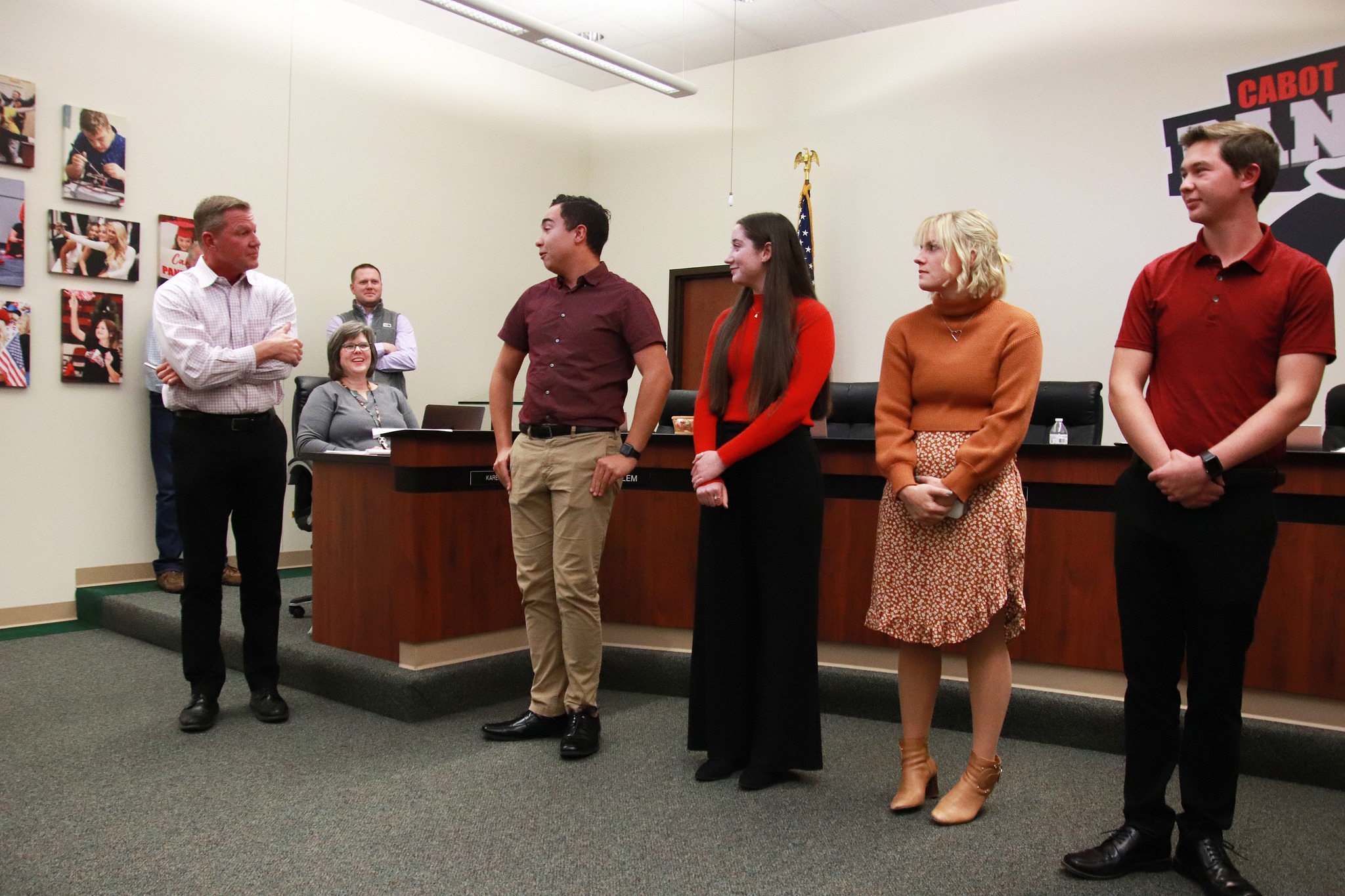 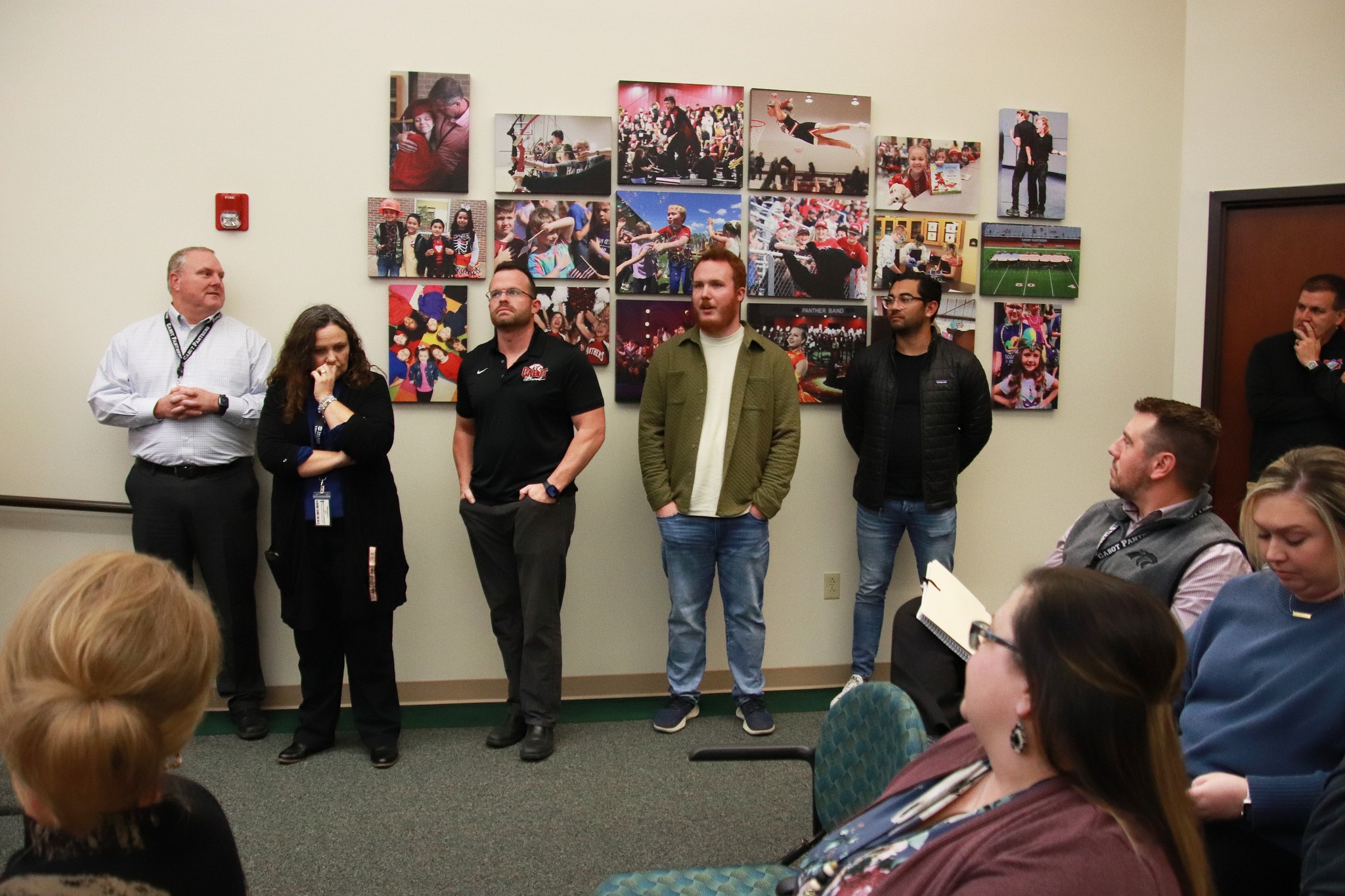 Behind the Band - "Bubbly!" Cabot Band Director Rusty Hart gives us a behind the scenes look at the largest high school band in the state and shares what it takes to run such a successful program. Plus, enjoy a bird's eye-view of their award-winning 2022 competition show, "Bubbly!"

Our very own board members were recognized at the November Cabot School Board meeting by the Arkansas School Boards Association! 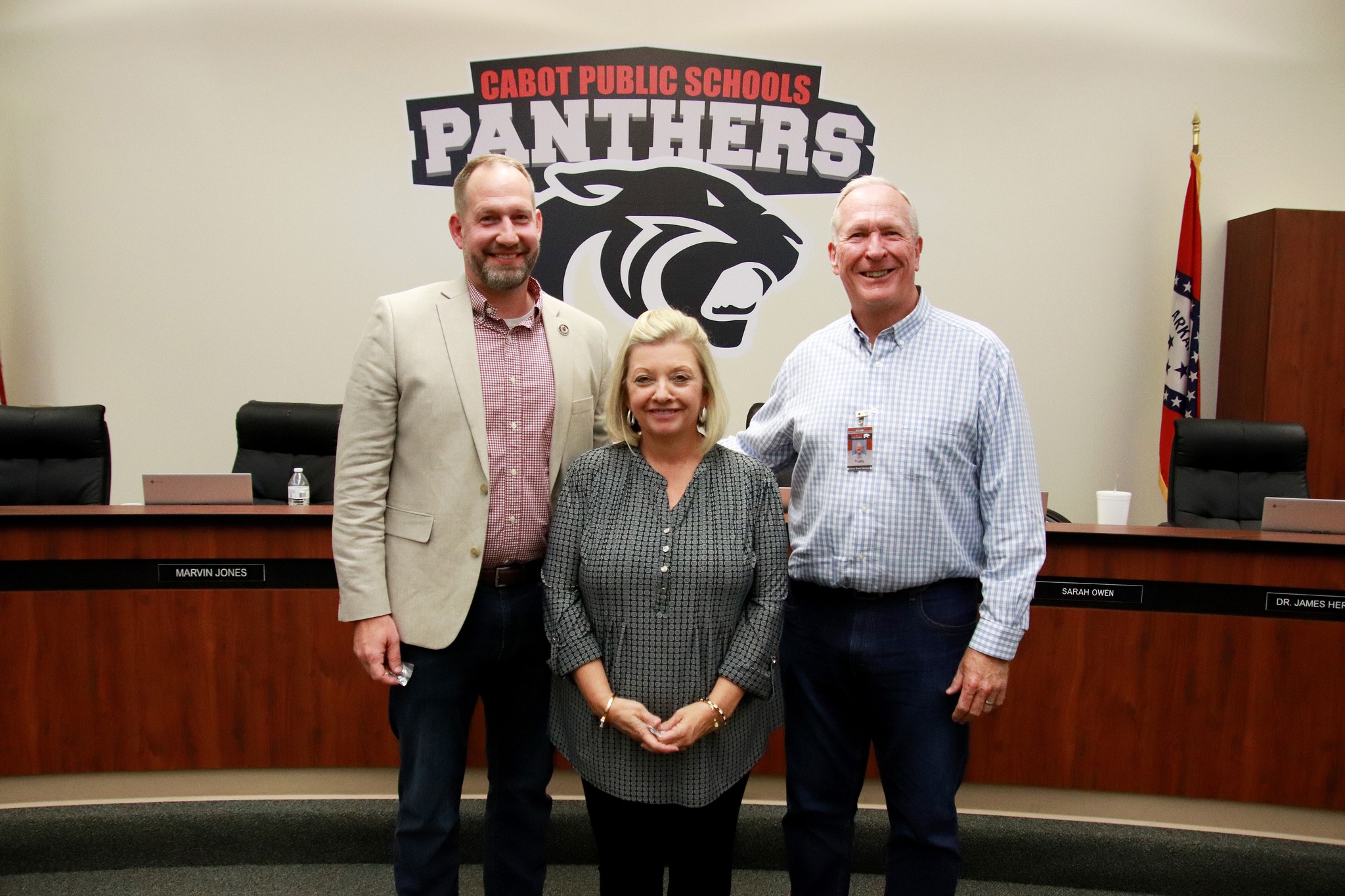 Click HERE to watch the November 2022 School Board meeting.