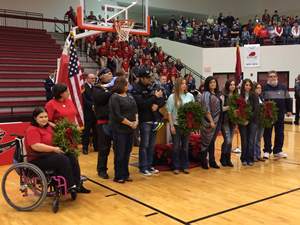 It was an emotional ceremony as several families of fallen heroes were honored in a “Wreaths across America” ceremony. It was held Friday morning at Cabot High School in Panther Arena.

Two trailer loads of memorial wreaths were relayed through the Searcy Walmart Distribution Center and brought to Cabot High School. Several families whose loved ones paid the ultimate sacrifice were honored with memorial wreaths. These heroes are former Cabot students.

The Swindle family including wife Chelsey and sons Paxton and JJ attended.

The Wassom family attended including mother Pam, sister Leolani, his grandmother and aunt.

His parents Holly and Bill Smith attended the ceremony.

SPC Baker's daughter Alexis accepted a wreath in honor of her father. 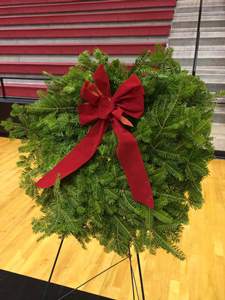 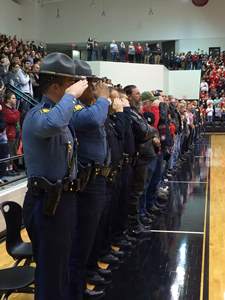 The ceremony culminated with the passing of a memorial wreath. It started with Walmart Searcy Driver Larry McCord. It was passed from veteran to veteran and ended with Walmart Clarksville driver, Wesley Bushnell whose son William Bushnell was killed while serving in Iraq in 2007. Mr. Bushnell is retiring and was presented with a plaque.

Walmart recognizes the sacrifices of our nation's veterans and sponsors more than 30,000 wreaths. These wreaths will be laid at more than 900 national cemeteries worldwide. 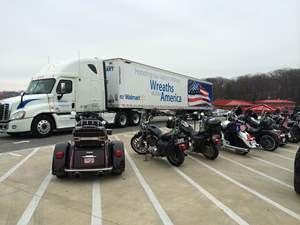 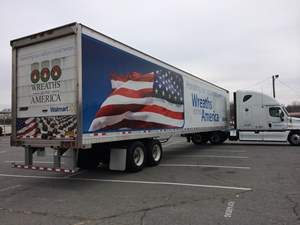 After the ceremony, the two trailers filled with wreaths headed to the National Military Cemetery in Fayetteville. Saturday at 11 a.m., more than 8,200 wreaths will be laid in honor of our fallen heroes.